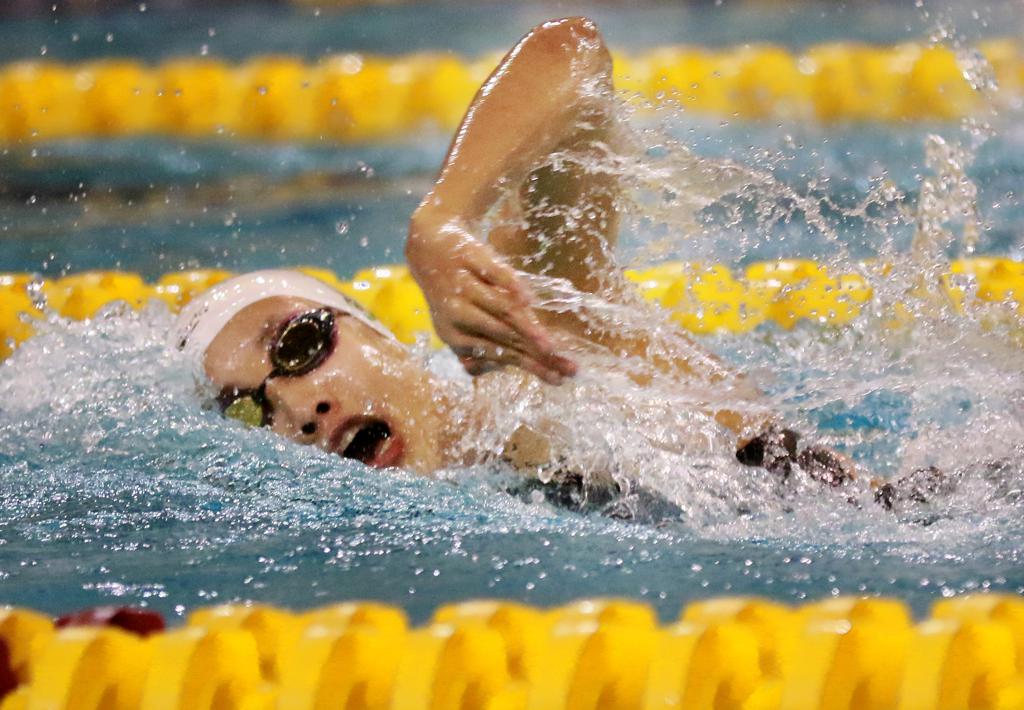 Edina put together a nearly flawless effort to earn its third consecutive Class 2A swimming and diving title on Friday at the Jean K. Freeman Aquatic Center on the University of Minnesota campus.

Phillip, a junior, won her third consecutive Class 2A diving title with an all-time state meet record of 517.00 points. Her mark broke the longest-standing state swim meet record of 507.00 by Wayzata’s Jamie Sanger in 1997.

“The kids rose to the level of our competition,” Edina coach Jeff Macy said. “There is a fantastic talent level in this state, in the pool and in diving. This meet is really a showcase. Megan had three fantastic dives tonight.”

Edina and Wayzata have combined to win the past nine Class 2A state titles.

For the second consecutive year, Visitation used its depth to outlast Hutchinson for the girls’ Class 1A title.

Visitation got runner-up finishes by its 200 medley and 400 freestyle relays and from Kali Fischer (200 individual medley) and Maria Mattaini (500 freestyle). The Blazers scored points in all 12 events.

“We got great swims today,” Visitation coach Nate Linscheid said. “I think that’s a testament to the quality of swimming in Class A.

“Our numbers obviously help, but the times in the [preliminaries] yesterday and today really pushed us.”

Williams defended her state title in the 200 freestyle, edging Hutchinson’s Lexi Kucera and Farrell. She also won the 100 freestyle, finishing ahead of Hanson and Kucera.

“Going into the meet, I just wanted to do my best time,” Williams said, “if that meant winning or finishing 10th. Winning a state title is great, but I was just trying to do my best.”

Jia, in her first state meet, won the 200 individual medley and the 100 butterfly. She also swam a leg on Breck’s winning 200 medley relay to help the Mustangs to a strong third-place showing with 234 points.

“I have the best teammates,” Jia said. “I joined the team two weeks late, and my teammates have really helped me and encouraged me. It was so fun to have the opportunity to swim at the state meet.”

“I have to give all the credit to my teammates and my competitors,” Hanson said. “They really push me. I’m glad I could help my teammates.”

Hanson, Farrell, Kucera and Mikayla Witte combined to win the 400 freestyle relay in a Class 1A record time of 3:27.64.

Fridley senior Ellie Gunderson won the Class 1A diving title with a score of 381.65. Gunderson was fifth last year. Two-time defending champion Saylor Hawkins of Breck was fourth with a 364.10.