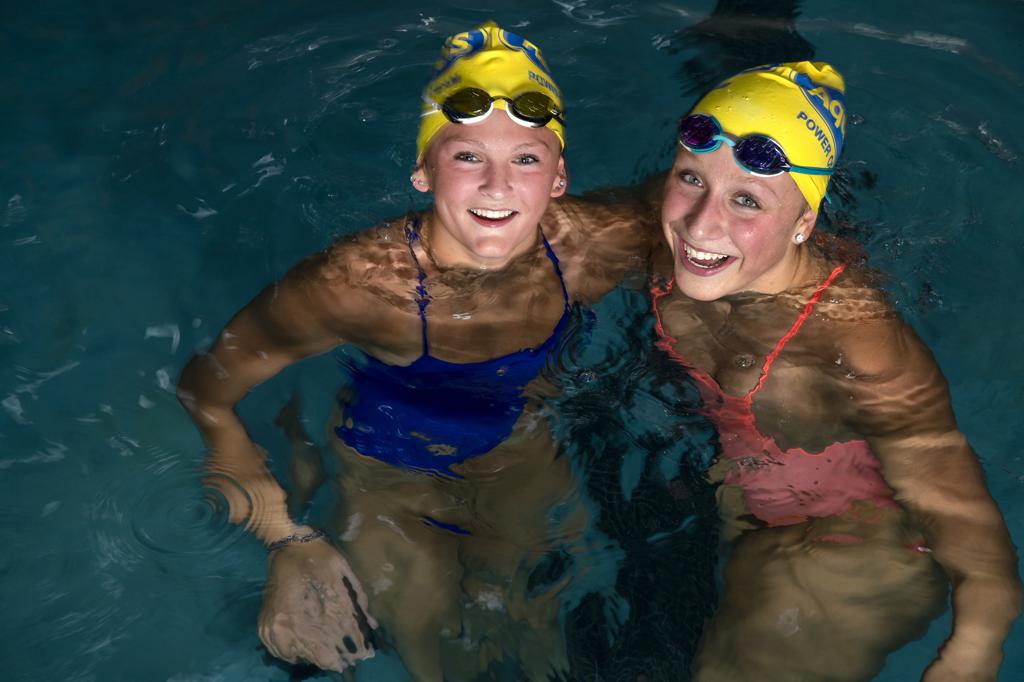 Junior Isabelle Stadden walks the Blaine pool deck during a high school dual meet, offering encouragement while lending a helping hand to her former teammates. Stadden is determined to continue the bond she built up with them the previous four seasons.

Stadden isn’t donning the school’s black suit or cap like in the past after deciding to continue training with her club team instead of competing at the high school level.

She is one of three defending state champions in Class 2A who are forgoing this year’s high school season to swim for club teams. Another champion from Class 1A is doing the same. All four are focused on future endeavors, whether it be at the collegiate level or pursuing the Olympic dream.

“I don’t remember something like this happening in my 30 years of coaching,” said Chris Aarseth, the state meet manager for the Minnesota State High School League. “This isn’t necessarily a trend, but more of an anomaly.”

“Student participants and their families make the decision to only swim with a club,” said Lisa Lissimore, high school league associate director who oversees swimming.

High school league bylaws allow swimmers to compete with club teams during the prep season in events that don’t match high school events, i.e 200-yard backstroke compared to the 100 offered in high school. They also can train with and take private lessons from professionals and other non-school coaches, but can’t miss a high school practice or meet to do so.

Swimmers can apply to the high school league to train, tryout or compete on a national team or in a U.S. Olympic development program if approved. The students must receive an invitation from the sport’s national governing body or the United States Olympic Committee.

“It can be done where they can do both,” said Aarseth, coach at Minneapolis Southwest who also serves as an assistant coach with the Aquajets. “I’ve never heard of anybody being turned down if they want to do it, but extra steps need to be taken.”

Stadden was named to the 2018-19 USA Swimming national team roster last month. Kapeller and Doo are members of the national select team.

“If they’re on one of the national teams, their travel schedule can be pretty extensive, so it’s hard to do both,” Aarseth said. “This is a high-performing group.”

In choosing to focus on club swimming, the four defending champions did so for personal reasons.. The most common denominators were specialized training, higher intensity workouts and going head-to-head against the best in the country at national events.

“I’m now training eight times a week. It’s a lot more intense,” Doo said. She and Kapeller will leave for the National Select team camp in the middle of this month at the Olympic Training Center in Colorado Springs.

The Aquajets’ contingent enjoys an aspect they don’t get at the high school level: practicing and competing with boys at the same time.

“We make little side bets with them,” Stadden said. “It pushes me even more.”

The Aquajets are known for their four core values: humility, accountability, perseverance and integrity. The latter one pushes each out of their comfort zone and to the edge of their ability.

None have reaped the benefits more than Stadden. Her goal was to make the national junior team for 18-and-under, a step up from the national select team. She climbed a rung higher, to the national team.

“That was a cool thing for me,” said Stadden, who has been with the Aquajets for nearly a year. “I’m so honored to be on the National Team.”

“I’m now training for my first Olympic trials,” Stadden said. “I’ll give it my all, and we’ll see what happens.”

Stadden made the squad in the 200 backstroke, an event not offered in high school. She is a teammate of another Minnesota junior, Regan Smith of Lakeville.

“I’ve always looked up to Regan and Kathy Baker,” Stadden said. Baker was a member of the 2016 Olympic Team. “They both swim the same events as me.”

Aquajets coach Kate Lundsten knows just how difficult it is to take that final step.

“Everybody has a chance to make the Olympic team, but it’s tough,” Lundsten said. “It’s like hitting the lottery.”

One here, one there

Kapeller, the youngest of the group, has been with her club the longest. She started in the Aquajets program at the age of 6.

Kapeller’s younger sister, freshman Ellie, swims for the Skippers’ high school team. Ellie is a member of the Aquajets in the offseason.

“I was with her the entire time last year,” Kapeller said. “It’s nice having one of us in club and one in high school.”

One aspect of the prep season that Kapeller said she will really miss is achieving goals set when the season begins. “I want to succeed when I’m swimming,” she said. 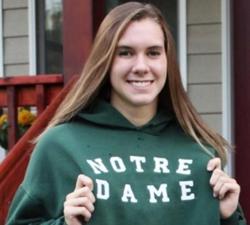 Potter made what she called a “very difficult decision” when she elected to swim for the Aquajets this fall. Less difficult was her choice for swimming in college — Notre Dame.

“I knew it was a good fit for me the second I was on campus,” Potter said. “I fell in love with the team, and its family atmosphere.”

The Irish finished last season ranked No. 19 in the nation. She plans to major in business, possibly in business science.

“Blake has been a great academic school for me, and so will Notre Dame,” Potter said. As was swimming for the Bears the past two seasons, she said. “I can’t thank Blake enough for what it did for me.” 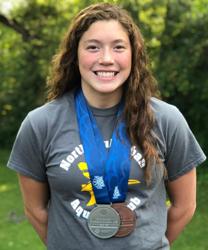 Doo, the Raiders’ freestyle sprinter, took a few months — longer than her peers — before deciding right before the high school season got underway.

“I wrote everything down and thought it through,’’ she said. “There were a lot of factors I took into consideration.”

Doo had been with Roseville’s varsity team since she was a sixth-grader. She is in her third season being coached by Rory Coplan with the North Suburban Aquatic Club.

“It was a personal decision,” Doo said. “Other people can try and influence you, and I wasn’t going to let that happen. Swimming club is the best path for me right now.”

Lundsten and Blaine High School coach Kristen Luedtke have been on both sides of the club vs. high school swimming choice.

Lundsten was the Eden Prairie High School coach for 10 years, winning four state championships, before switching to the Aquajets program in 2004. She has been a USA swimming coach for over 20 years.

Luedtke, by contrast, started as a club coach before becoming the Bengals’ mentor.

“I have seen both sides,” Luedtke said. “There are benefits to each one.”