Hutchinson girls' swimmers set for another shot at 1A champ Visitation

The tandem of Lexi Kucera and Grace Hanson bring a team-first mentality to a group that finished a close second in the Class 1A state meet last year. 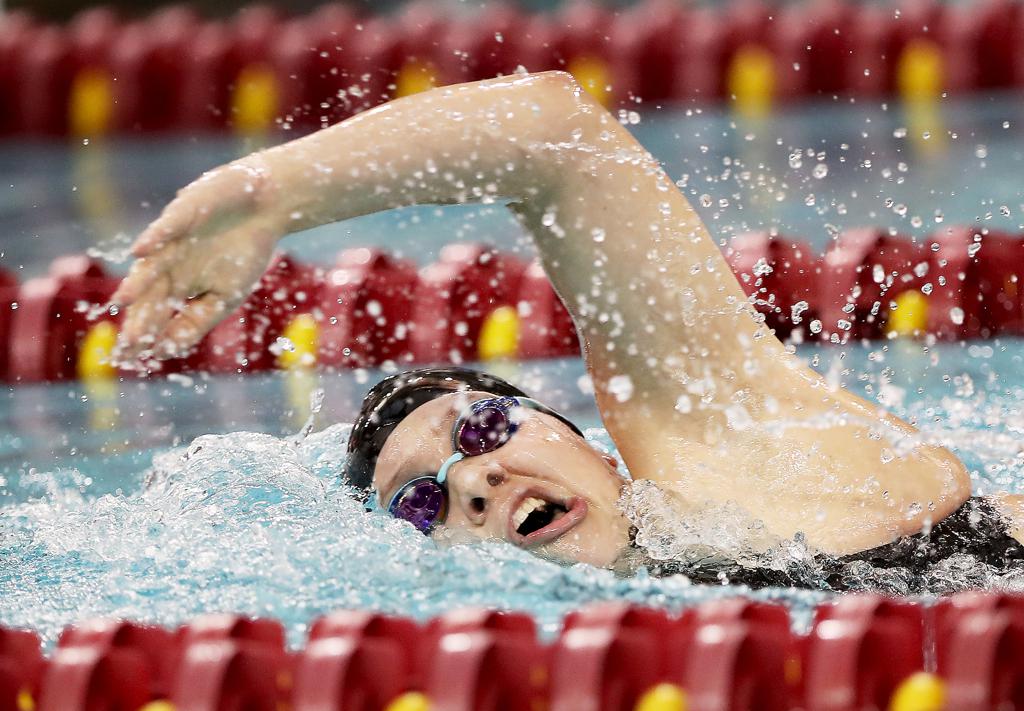 Hutchinson boasts two of the best girls’ swimmers in the state in junior Lexi Kucera and freshman Grace Hanson. In a sport that celebrates individual succes, they also bring a team-first mentality.

“Both girls are deeply committed to success of our team,” Hutchinson coach Rory Fairbanks said. “They are always willing to swim any event, without complaint, that will give our team the best opportunity to win.”

The tandem returns with even more incentive in that regard this season. They had their sights set on the Tigers winning the program’s fifth state championship a year ago, but came up short. Visitation edged Hutchinson by 6.5 points (247.5-241) for the Class 1A crown.

“We understand that overtaking Visitation is going to be very difficult,” Fairbanks said. “Our goal is the same: improve from last year.

“Even though one of our goals is to win the state meet this season, that is not our driving focus. Our focus is to continue to work and compete as a family, and ensure everyone improves.”

Fairbanks welcomes back everybody from last year’s squad. The added experience and depth could pay off.

“We have a special group of young ladies on the team,” Fairbanks said. “They truly care about each and push each other to be the best they can be.”

Kucera and Hanson were the only individual winners for Hutchinson in the state meet a year ago. Kucera claimed the top spot in the 100-yard freestyle while Hanson won the 50 freestyle.

“Lexi and Grace are both multi-sport athletes (both play basketball and Grace also runs track) who excel at swimming,” Fairbanks said.

They both also swam a leg on Hutchinson’s state championship 200 and 400 freestyle relay teams. Hanson swam the opening leg on both teams while Kucera served as the anchor.

“Lexi can swim any event very well. She is diligent about perfecting her technique and improving her race strategies,” Fairbanks said. “Grace has been one of the top club swimmers in her age group for years. She has improved her technique immensely over the past two years and has become one of the best sprinters in the state.

“It’s a rarity when you get to their level of talent in a sport.”