Meet the Metro Boys’ Swimmer of the Year: Charlie Crosby of Breck/Blake

His accomplishments: an undefeated senior season that came with another Class 1A team championship. 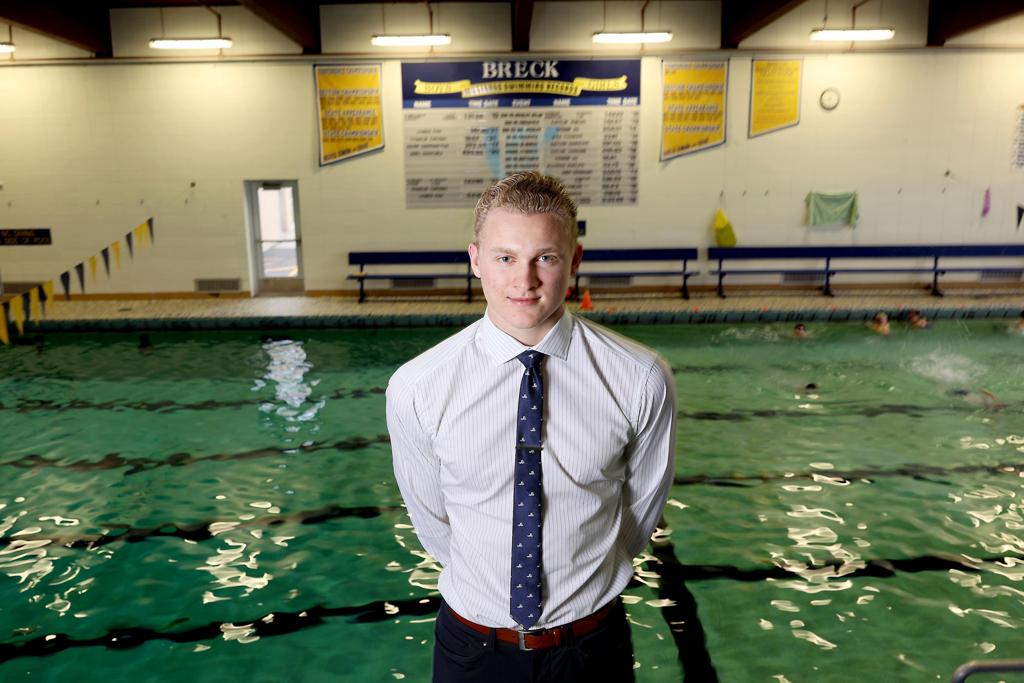 Since middle school, Charlie Crosby has had high expectations for his swimming.

“I’ve always set long-term goals and lofty goals,” Crosby said. “As an eighth-grader, I didn’t qualify for the state meet. So I set goals. Those were a driving force for me.”

Last month, Crosby wrapped up an unbeaten senior season with four first-place finishes — two individual and two relay — at the boys’ swimming and diving state meet, helping Breck/Blake win its sixth consecutive Class 1A title. That led to his selection as the 2022 Star Tribune Metro Boys’ Swimmer of the Year.

Competing at the University of Minnesota’s Jean K. Freeman Aquatic Center, Crosby won his third consecutive Class 1A titles in the 50 freestyle and the 100 backstroke. In each event, he set a state meet record.

He also swam a leg on the Bearstangs’ winning 200 medley and 400 freestyle relays. The Bearstangs set Class 1A meet records in each relay event en route to 495.5 points — a record total by a championship team.

“It’s hard to put into words what Charlie has meant to this team these last six years,” Breck/Blake co-coach Brian Wright said. “Obviously, the results speak for themselves. He currently holds [or is a part of] six Class A state records, two all-time state records, he is a 12-time state champion and 13-time All-American.”

Wright added that’s not all that stands out about Crosby.

“More importantly to our team,” Wright said, “he has grown tremendously as a process-oriented swimmer who is incredibly coachable and honors his teammates with his work ethic. We will miss him deeply.”

Crosby, who has signed a letter of intent to swim for the University of Texas, said he has enjoyed the process. “As a team, we talked about how it’s not always fun and you have to embrace it when it’s not going well,” he said. “Then enjoy it when it is fun.”