Breck/Blake, winner of five state titles in a row in boys’ swimming and diving, is stronger than ever

The Bearstangs start with Charlie Crosby and James Pan, defending state champions in multiple events, and get deeper from there. 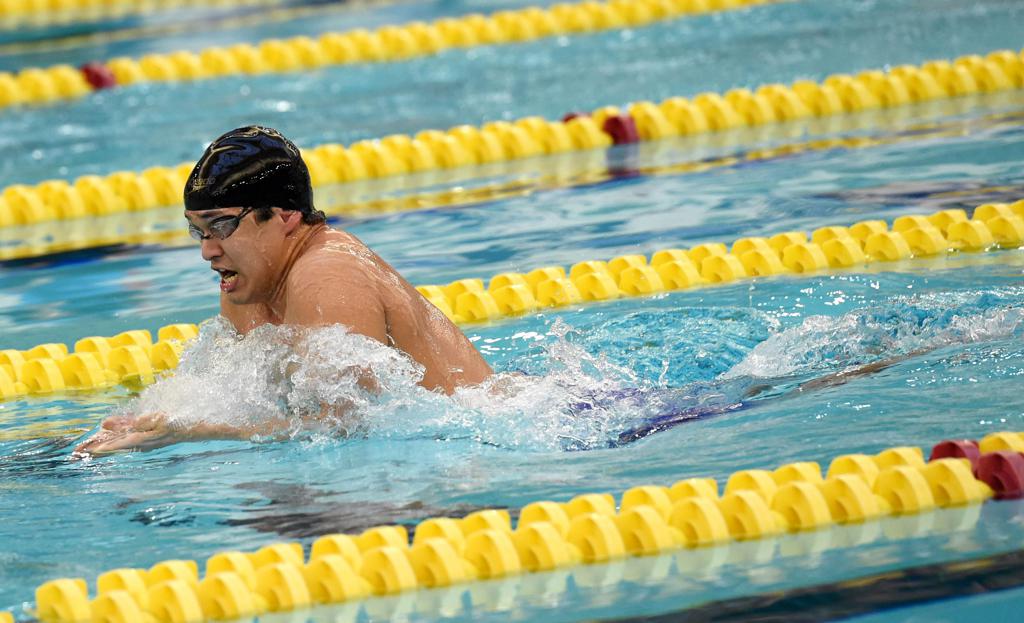 James Pan is back at the state meet to defend his state championships, and he's bringing a crowd of Breck/Blake teammates.

Since winning its first Class 1A boys’ swimming and diving title in 2009, Breck/Blake has had many outstanding teams.

The Bearstangs won a second state title in 2010 and go into this year’s state meet — which begins Thursday at the Jean K. Freeman Aquatic Center on the University of Minnesota campus — with a streak of five consecutive state championships.

This year’s team, led by record-setters Charlie Crosby and James Pan, might be the best in program history.

“This is the kind of team a coach gets once in a lifetime,” Breck/Blake co-head coach Brian Wright said. “But what stands out about this team is that it’s not just a team of great athletes, but a team of great kids.”

Crosby and Pan, who each won two individual titles and swam a leg on two winning relay teams at last year’s state meet, lead a contingent that qualified for 22 individual swims, two divers and all three relay teams for the state meet.

“That’s the most [state qualifiers] in team history,” Wright said. “This is a group that hangs out together. They push each other to get better, and they care about each other.”

Crosby hasn’t lost a race this season, which was highlighted in early January by a 102-83 dual meet victory over Edina, winner of the past three Class 2A titles.

To go with Crosby and Pan, the Bearstangs have depth.

Junior Charlie Egeland, who finished fourth in the 100-yard breaststroke — won by Pan — at last year’s state meet, edged Pan by 0.18 seconds to win the event at the Class 1A, Section 2 meet.

“Everyone is pushing to be as good as Charlie [Crosby] and James,” Wright said. “It’s a really fun group. We have peer practices where they watch each other and they get instant feedback from their teammates. It’s different than hearing something from the coaches.”

Breck/Blake is considered the favorite in Class 1A, but Wright said he and co-coach Michelle Carlson “are focused on the process. We love our chances, but as a coach you just have to focus on the preparation.”

Two other defending state champions return. Simley senior Nico Losinski, who won the 500 freestyle last year, is the top seed in the 200 freestyle and 500 freestyle. Chisago Lakes senior Storm Opdahl is back to defend his diving title.

Edina, which has won three consecutive state titles — the past two without winning an individual event — is the favorite in Class 2A.

The Hornets advanced all three relay teams and qualified for 19 individual swims, with at least one swimmer in each event.