Swimming 2021-22: Record-setting seniors make Breck/Blake a force in the pool

Charlie Crosby and James Pan had their hands in six victories at the Class 1A meet last season, accounting for half of the races. 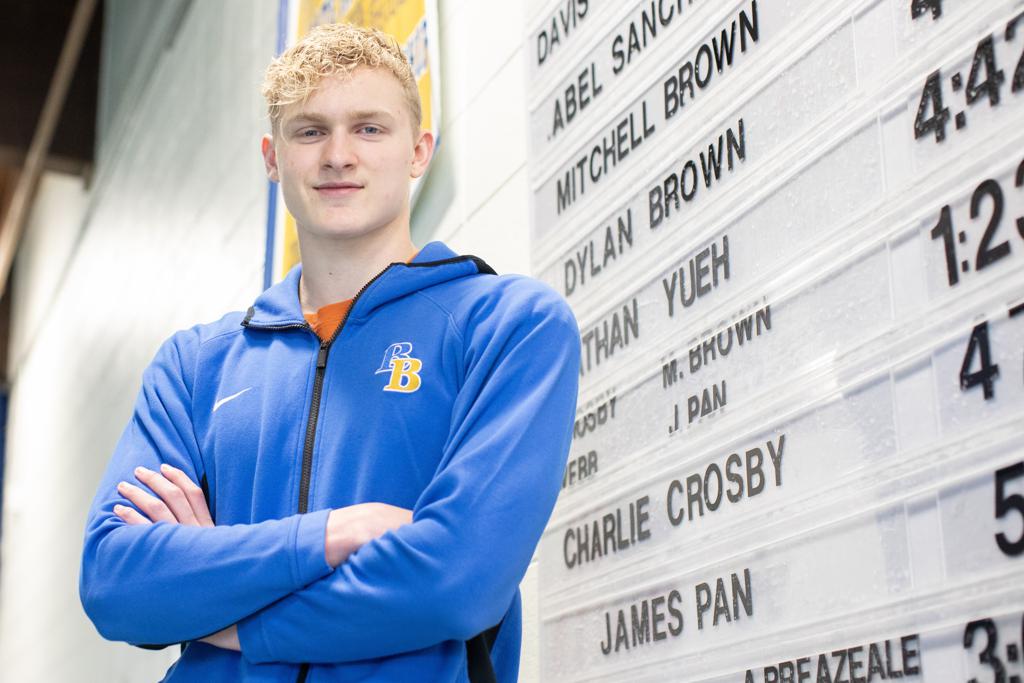 Charlie Crosby of Breck/Blake will swim for Texas, this week ranked first in the nation, after high school. JEFF LAWLER, SportsEngine

Charlie Crosby is the state’s top boys’ swimming recruit in the Class of 2022. James Pan isn’t too far behind. The Breck/Blake duo form a dynamic one-two combination in the pool.

“They love to compete,” Breck/Blake coach Brian Wright said of two Breck seniors who have been with the program since middle school.

Crosby will head to Texas after graduation and join the currently No. 1-ranked Longhorns. Pan will be off to the Ivy League to swim for Princeton.

Crosby is a freestyle sprinter and backstroker. He is the state’s record holder in the 50-yard freestyle with a time of 19.87 seconds set last season at the Jean K. Freeman Aquatic Center on the University of Minnesota campus. He broke the record set by Edina’s Peter Larson, now competing for the Longhorns, in 2019.

The two also make up half of Breck/Blake’s record-setting 200 freestyle relay team in Class 1A with a time of 1:23.60.

“Both boys are great leaders and teammates,” Wright said. “They are also well-liked by their peers.

“Their value to our team goes well beyond their speed in the pool.”

With Crosby and Pan leading the way, don’t expect Breck/Blake to end its run of winning the Class 1A team championship.

The team is going for its sixth consecutive crown after winning by 168.5 points in 2021, when Crosby and Pan had a hand in six first-place finishes — half of the meet’s events. It is possible another six are in the making.

In Class 2A, the field will once again be looking to catch Edina. The Hornets won their third straight title, by 101 points, last season and has plenty of depth coming back.

Results are from state meet in 2021, unless noted.