The 2021 girls' swimmer of the year: Grace Hanson of Hutchinson

She heads to college at Missouri with 14 state championships won during her high school career. 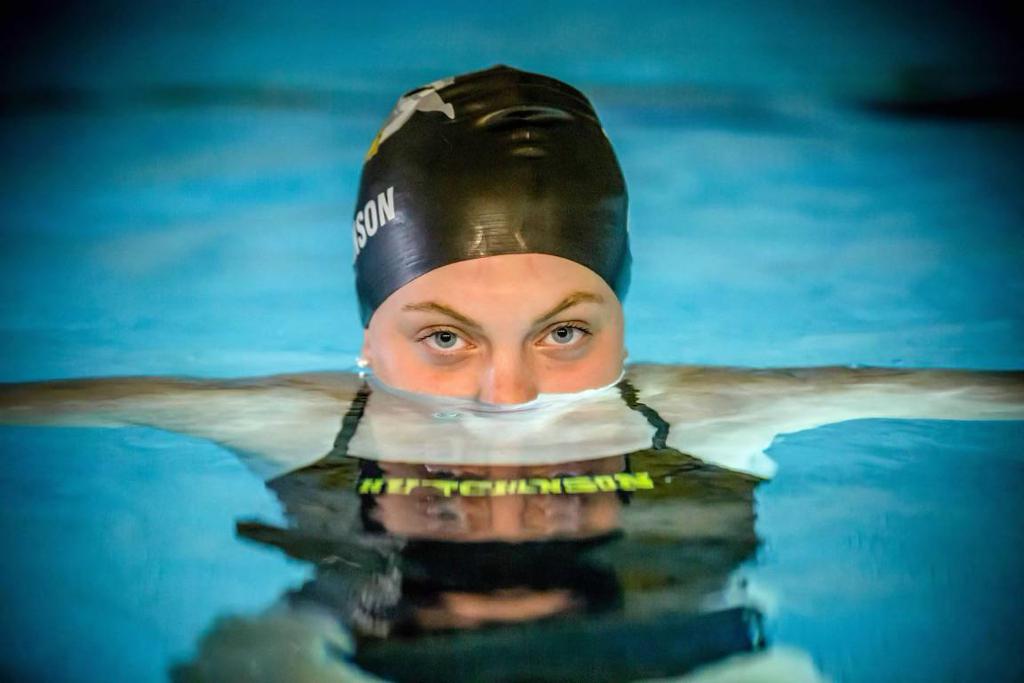 It’s only fitting, in this season when tinsel and ornaments glisten on trees, that Hutchinson senior Grace Hanson is widening her lead as the most decorated girls’ swimmer in program history.

Hanson broke both the 50- and 100-yard freestyle records in the Class 1A state meet in November at the Jean K. Freeman Aquatic Center on the University of Minnesota campus. Now she is honored as the Star Tribune Girls’ Swimmer of the Year.

A Missouri recruit, Hanson won the 50 freestyle with a time of 22.57 seconds and the 100 freestyle in 49.56 — both the fastest times of the season and second all-time in each classification.

“I don’t really set goals for myself,” Hanson said. “I push myself to get better every day.”

She was named the Class 1A swimmer of the year by the coaches association the past three seasons.

“There was definitely a lot more pressure on me this season, being my last year,” Hanson said after the state meet. “As long as I gave 100 percent I was going to be proud of myself.”

Hanson concluded her high school career in orderly fashion. She won her 14th state title in the meet’s final event as a member of the Tigers’ 400 freestyle relay team. It was the same event in which she won her initial state title as a seventh-grader, and she and her teammates have won it every year since.

“It was very emotional,” said Hanson, whose results have made her a 14-time All-America. “It was bittersweet.”