Minnetonka in Class 2A and Visitation in Class 1A are favored but those teams have plenty of company. 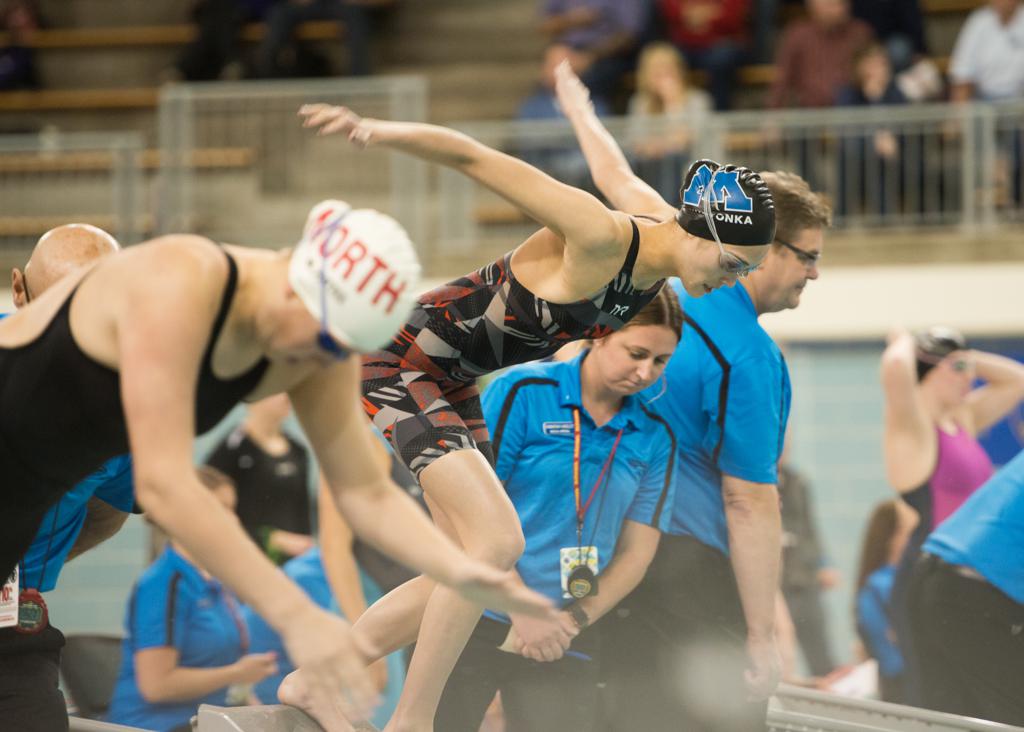 Hutchinson has finished in second place at the past three Class 1A girls state swimming and diving meets.

With three returning swimmers who have won an individual event or swam on a winning relay team and three other returnees with state meet experience, Hutchinson is again expected to be one of the top teams in Class 1A.

But first, Hutchinson had to navigate the Section 3A meet. Hutchinson had first-place finishes in seven events and qualified 15 individual swims to the state meet, while finishing third — behind Orono and Delano.

“We’ve talked about how, hands down, we’re in the toughest Class 1A section in the state,” Hutchinson coach Rory Fairbanks said.

At the state meet, Hutchinson, along with Delano, which finished third at the 2019 state meet, and Orono will challenge Visitation, which is going for its eighth consecutive Class 1A championship.

“We’re focused on doing our best,” Fairbanks said. “We focus on what we can control. We can’t control the swimmers in the other lanes.”

Hanson, who has signed to swim for the University of Missouri, has won 11 state titles (individual or as part of a relay team). She has won three consecutive titles in the 50 freestyle.

“[Hailey and Grace] are humble, competitive and excellent students,” Fairbanks said. “Their character is second to none.”

Fairbanks said that Farrell and Hanson “have concentrated on the 400 freestyle relay.”

Last week, Visitation won the Section 4A title by qualifying 21 individual swims and all three relay teams to the state meet. The Blazers qualified at least one swimmer in every event but diving.

While winning the past three state meets, the Blazers have had only one individual champion.

A team from the Lake Conference has won the past 10 Class 2A meets — seven by Edina and three by Wayzata.

Minnetonka, which has been the Class 2A runnerup at the past three state meets, is considered the favorite this year.

The Skippers, who won the Section 2AA meet last week over four-time defending state champion Edina, have 10 swimmers or relays that are a top-three seed.

The Skippers, who won all three relay events at the 2019 state meet, are the top seed in each relay event.

The Skippers have been led by seniors Addie Diaz, Nadia Helm and Regan Miller and sophomore Paige Dillon.

At the Section 2AA meet, Miller and Helm swam legs on champion relay teams, while Diaz and Dillon swam on one.