At the turn, he knew: Charlie Crosby is the Star Tribune Metro Boys’ Swimmer of the Year

A state meet record time in the 50 freestyle was one of four first-place finishes for the speedy Breck swimmer. 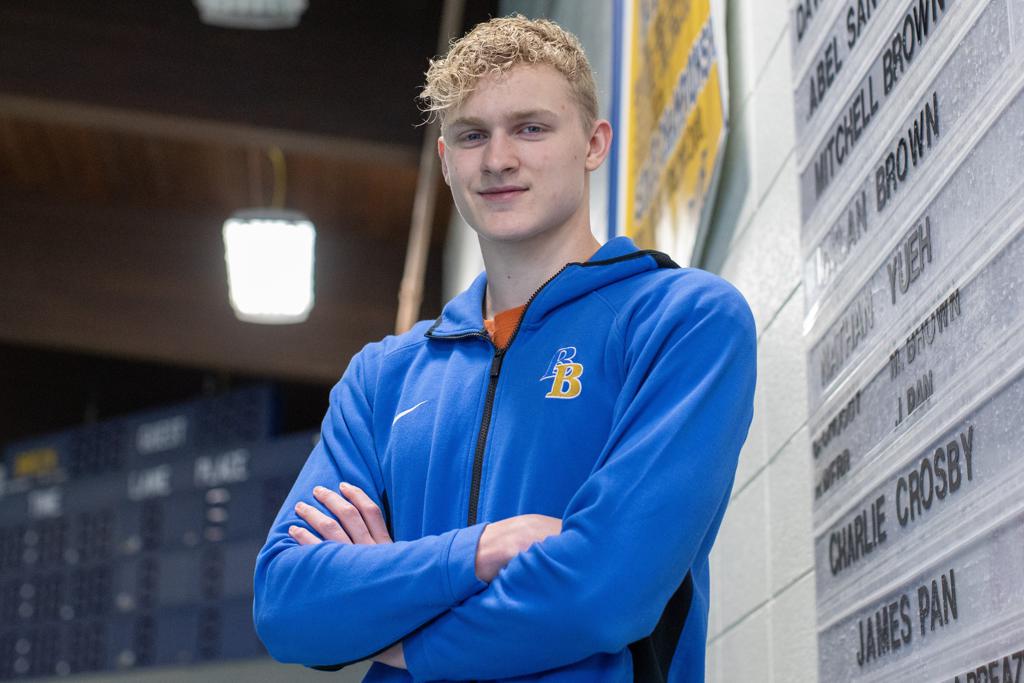 One year after breaking the Class 1A record in the 50 freestyle, Breck/Blake’s Charlie Crosby set his sights a little higher.

Crosby, a junior at Breck, surpassed his time from last season and finished in a time of 19.87 seconds in March at the Jean K. Freeman Aquatic Center to break the state meet’s all-time record set by Peter Larson of Edina in 2019.

“I wasn’t thinking about the time,” Breck/Blake coach Michelle Carlson said. “Watching his swim is something I will never forget. When his hand hit the wall, I looked at the board and thought, ‘Oh, my gosh. That’s a 19. That’s a record.’

“We knew he would be faster (than last year). We knew he set big goals for himself, but we didn’t foresee 19. It makes it that much sweeter.”

The performance highlighted a season that earned Crosby recognition as the 2021 Star Tribune Metro Boys' Swimmer of the Year.

Carlson and the rest of the Breck/Blake co-op team coaching staff teach their swimmers to set big goals and to work the process to achieve them. Crosby did just that to deliver his best performance at the biggest moment of the season.

“I knew right away that I could do it,” said Crosby, who has verbally committed to the University of Texas. “I set goals that are lofty. I was feeling good early in the season. On the turn (in that race), I realized it could happen.”

Crosby also won the 100 backstroke title for his second individual title. He missed the Class 1A state meet record in that event by .03 seconds.

Along with the two individual titles, Crosby was on two winning relay teams. He teamed with James Pan, Mitchell Brown and Henry Webb to set the Class 1A state meet record time of 1:23.60 in 200 freestyle relay. The other winning relay team, which included Crosby, Pan, Brown and Charlie Egeland, won the 200 medley relay.