Juniors Charlie Crosby and James Pan each won two events to help lead the Bearstangs to a dominating team victory. 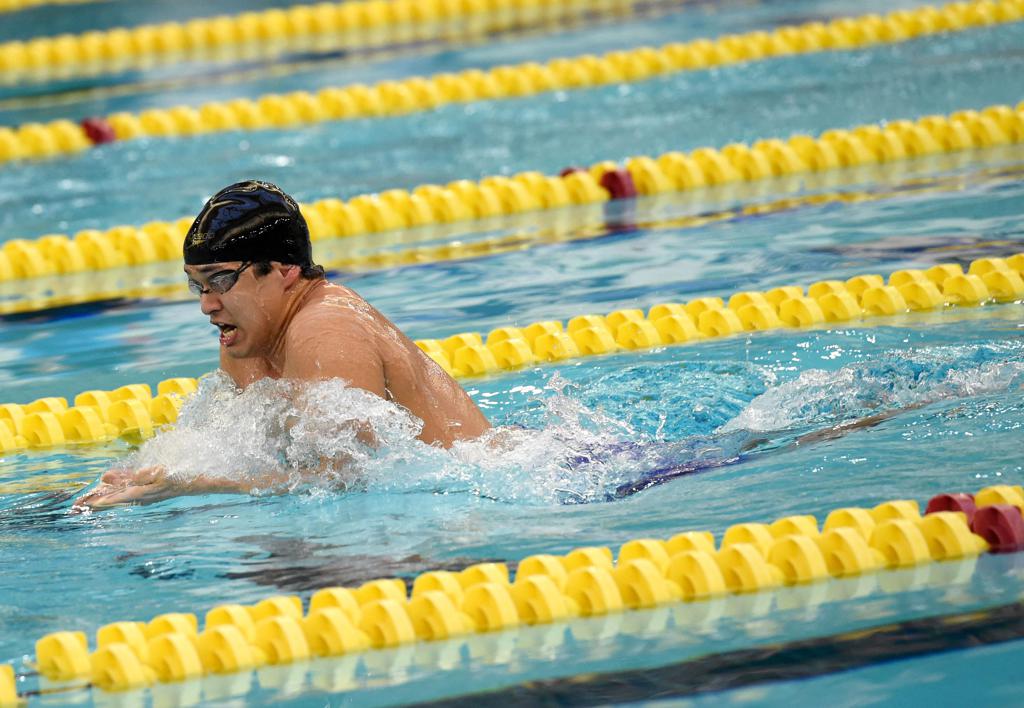 Breck/Blake juniors Charlie Crosby and James Pan each won two individual events as the Bearstangs won with a total of 418.5 points.

Alexandria was second with 250 points and Sartell-St. Stephen was third with 237.

After state meet plans were announced, Carlson said the team emphasized “the process. Every day is different. There are hard days and easy days. We use visualization every day. We started having shorter practices in the water, but we stuck with the visualization.”

With the four records and just missing records on in two other events, Carlson said the Bearstangs “surprised me and all of our coaches with the records tonight. We’re happy and excited for them and very proud of them.”

Pan was runner-up to Minnehaha Academy’s Andrew Karpenko in both of those events at last year’s state meet.

The Bearstangs’ 200 medley relay team of Crosby, Pan, Mitchell Brown and Charlie Egeland won with a time of 1:31.67 — just .41 seconds off the Class 1A state meet record.

“We were going after a school record in that event. That really set the tone for the whole evening,” Carlson said. “I think that gave James confidence going into the 200 IM. Charlie was amazing in the 50 freestyle.”

Crosby and Pan teamed with Brown and eighth-grader Henry Webb for a victory in the 200 freestyle relay in a Class A state meet record time of 1:23.60.

Hibbing senior William Stenson won the 100 butterfly with a time of 50.37.

Sartell-St. Stephen senior Garrett Maras won the 100 freestyle with a time of 45.70. He also anchored the Sabres winning 400 freestyle relay.

In the 500 freestyle, Simley junior Nico Losinski defended his title with a winning time of 4:40.15.

Click here for complete results of the Class 1A competition on Saturday.

Owing to COVID-19 restrictions, spectators and media were not allowed onsite at the swimming and diving state meet.