Changes owing to COVID-19 have eliminated preliminaries in favor of a one-and-done format that means senior Evan Bock and other competitors will be going all-out. 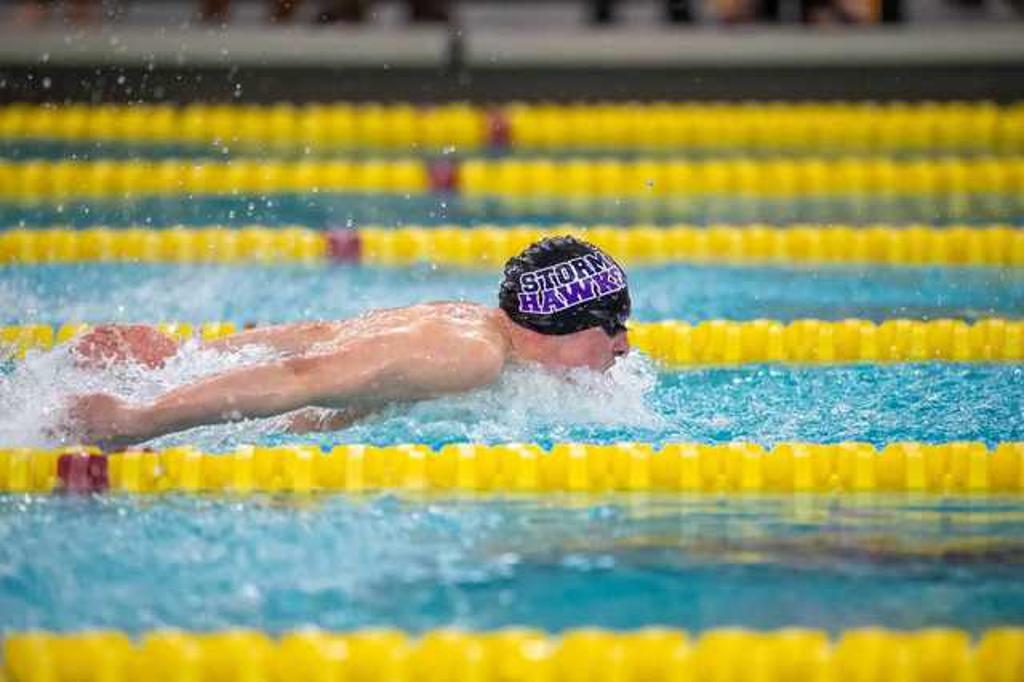 Chaska/Chanhassen swimmer Evan Bock will be competing in his fifth and final state meet on Friday. (submitted photo)

Evan Bock’s fifth and final boys’ swimming and diving meet of his high school career on Friday will be dramatically different from his first four.

After a season that was shortened by a month and had a limited schedule with no multi-team invitationals, the state meet at Jean K. Freeman Aquatic Center at the University of Minnesota comes down to this:

No preliminaries, with each event serving as a swimmer’s final race.

After two classes of divers compete Thursday, eight teams in Class 2A will compete in groups of four on Friday and six teams in groups of three in Class 1A on Saturday. As each event is held, swimmers’ times will recorded and winners for each class determined after the evening group has finished.

None of those changes, including no fans allowed at the meet for COVID-19 precautions, has affected how Bock, a Chaska/Chanhassen senior, has approached the meet.

“We first learned about the format change about a month-and-a-half ago,” Bock said. “I’m hyped about a just, timed-final format. You have one shot to give it your all and go fast. I think our whole team has adopted that attitude. It’s one and done. You have to give it your best.”

Chaska/Chanhassen coach Joe Mau said he and his team are going into the meet with an attitude of “we just want to race. Tell us where to go and we’ll be there.

“It’s the same environment for everyone. The format is different, but for the swimmers, it’s still a race. Once you’re on the deck, you have swimmers to your right and to your left. You just have to swim your best. With no prelims, you have to put more effort into it.”

Mau said the tenacity of Bock’s daily effort stands out.

“He attacks practice,’’ Mau said. “He works so hard and pushes himself to the limit every day.”

In his first two state meets, Bock swam on two relay teams. As a sophomore, in addition to swimming on two relays, he finished seventh in the 50 freestyle and ninth in the 100 butterfly.

In addition to Bock’s steady improvement in the pool, Mau has noticed another quality this season.

“There has been a growth in his leadership on the deck,” said Mau. “After our section meet last week, I gave my spiel to the kids. When I was done, Evan said, ‘wait a minute, I want to say something.’ He thanked his teammates and told them he would miss them.

“As one of our senior captains, he has really stepped up to the plate and mentored the younger kids, like some seniors did when he was starting out. He really has tried to pass that responsibility on.”

Bock, who has committed to swim for the University of Wisconsin, said he has enjoyed his final high school season.

“We had an unbeaten regular season,” Bock said. “All of our swimmers have been phenomenal. I’m so happy to have been a part of it. I focused on the little things. As a captain, I tried to keep the atmosphere that I had learned from when I was younger.”

“The final Monday practice is bittersweet,” Bock said before the practice. “I’m really hyped and excited for the meet.”