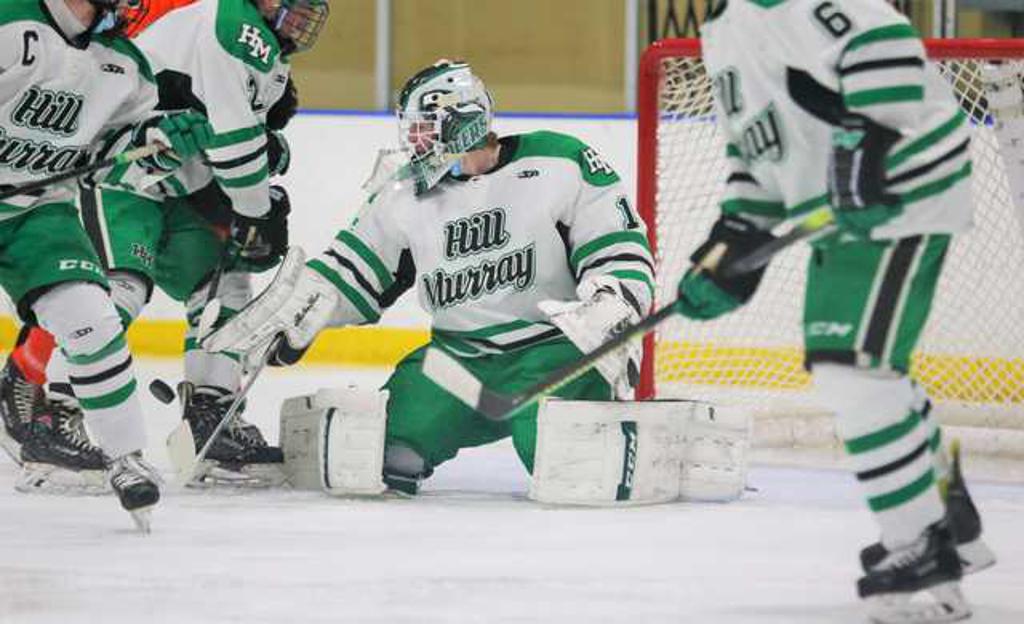 Hill-Murray goaltender Nick Erickson made a save in a Jan. 23 game against Grand Rapids. Photo by Jeff Lawler, SportsEngine

As a sophomore last season, Erickson, a goalie, provided mostly bench support for the Pioneers in their run to the Class 2A state title. Knowing he would get his chance to play this year, Erickson spent most of his offseason free time at the rink, preparing.

That work paid off over the weekend. Erickson and the Pioneers shut out Edina on consecutive nights, 1-0 on Friday and 3-0 on Saturday. Erickson stopped all 59 shots he faced.

Erickson said he wasn’t surprised, considering the team he has around him.

“We have the best defense in the state,” he said. “We’re always practicing D-zone. They’re blocking shots they have no business blocking. With the defense they give me, I’ve got to play well.”

Being forced to step away from hockey for more than a month during the COVID-19 pause only made Erickson even more determined to play well this season.

“It was driving me crazy,” he said, adding that he spent many late evenings at a rink in Wisconsin, just to satisfy his need.

“Hockey is my escape,” he said. “There’s nothing better than being on the ice with your buddies.”

The Rangers picked up two convincing road victories behind Anderson, a senior forward. She had 29 points, 15 rebounds, nine steals and seven assists in a 82-36 romp over Cretin-Derham Hall.

The ability to score clearly runs through the Hill family. The senior guard moved within 33 points of 2,500 for her career after scoring 72 points in a victory over Minneapolis North and 35 in a loss to Cooper. She is the younger sister of former South stars Tayler and Morgan Hill. 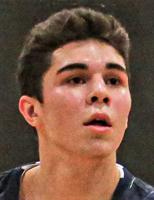 The son of former U of M basketball player Rob Metcalf has developed some considerable skills of his own. The junior had 42 points, 13 rebounds and 10 assists in an 84-68 victory over Breck, and followed with 26 points and 10 rebounds in an 81-61 win over Providence Academy.

The sophomore forward had two assists in a game Tuesday against Wayzata that was halted in the third period due to a medical emergency in the stands and will be completed on Feb. 6. Three days later, she had four goals and two assists in a 9-1 drubbing of Willmar.

As fans of two sports await his decision between collegiate football and basketball, the 6-6 forward showed off his hoops skills with back-to-back double-doubles. He had 15 points and 10 rebounds in a 96-34 rout of Henry and 18 points and 16 rebounds in a 73-50 victory over South.