The junior earned All-America consideration after a section meet performance that included winning times in two individual events and two relays that were the fastest in each respective event in Class 1A. 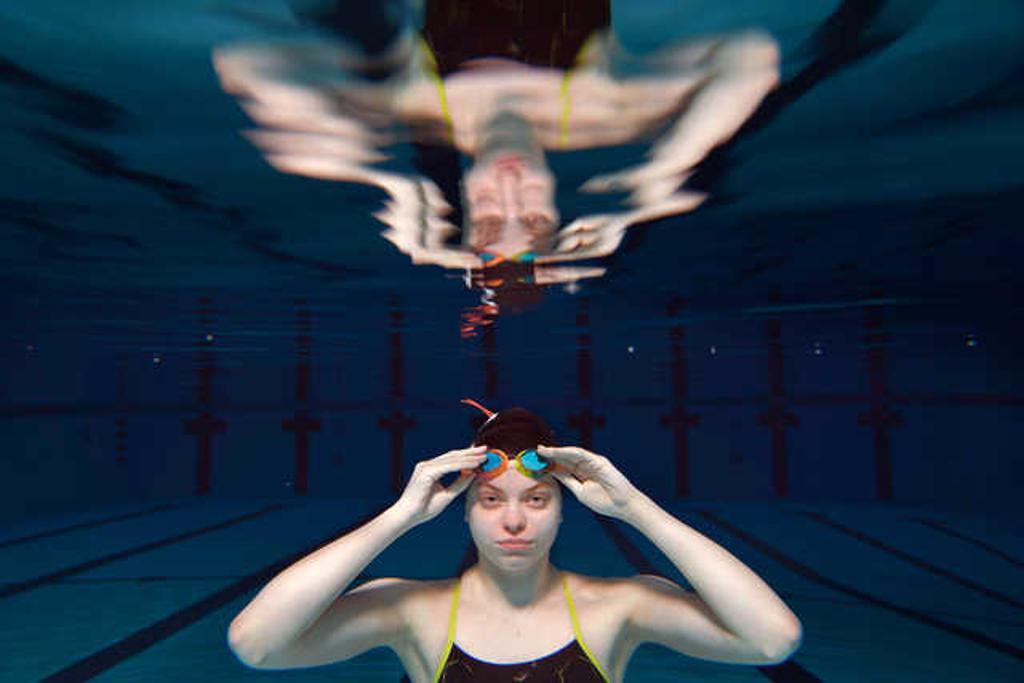 Junior Grace Hanson of Hutchinson, the Star Tribune Metro Girls' Swimmer of the Year, posed for a portrait underwater in the pool at Hutchinson Middle School. Photo: ANTHONY SOUFFLE • anthony.souffle@startribune.com

In a trying fall season for nearly all athletes, Hutchinson swimmer Grace Hanson is quick — even faster than she is getting in and out of the water in transition — to attribute her success to her family, teammates and coaches.

“They are the ones that have gotten me to where I am today,’’ said Hanson, a junior. “I swim every race for them.”

In the Class 1A, Section 3 meet, Hanson won the 50- and 100-yard freestyle and was a member of the Tigers’ champion 200 medley and 400 freestyle relay teams.

Hanson’s four times were the fastest in each respective event in Class 1A. They all earned her All-American consideration.

“I don’t really set goals for myself. I do that more for the team,” Hanson said. “I’m just very dedicated and committed to the sport. I push myself to get better every day.”

Hanson has been the Class 1A swimmer of the year the past two seasons as selected by the coaches association.

“Grace is humble and modest when speaking of her own accomplishments,” Hutchinson coach Rory Fairbanks said. “She is a team-first kind of person.”

Hanson, who reached her first state meet as a seventh-grader, entered the season with 11 state titles. This year’s state meet wasn’t held due to the COVID-19 pandemic.

“This year was different with all the unknowns,” Hanson said. “You didn’t know when the season would end. You had to treat every meet like it was your last one.”

In the 2019 state meet, Hanson won the 50 freestyle for the third consecutive year with a state record tying time of 22.79. In the 100 freestyle, she was the only swimmer in either class to beat 50 seconds, posting a winning time of 49.83.

She hopes to end her high school career with a full season as a senior and one more state meet in 2021.

“I want to get back in the pool soon,’’ said Hanson, who has verbally committed to Missouri. “It’s terrible not being able to do anything.”

Click these links to read about the Star Tribune's top metro athletes in cross-country and girls' tennis.