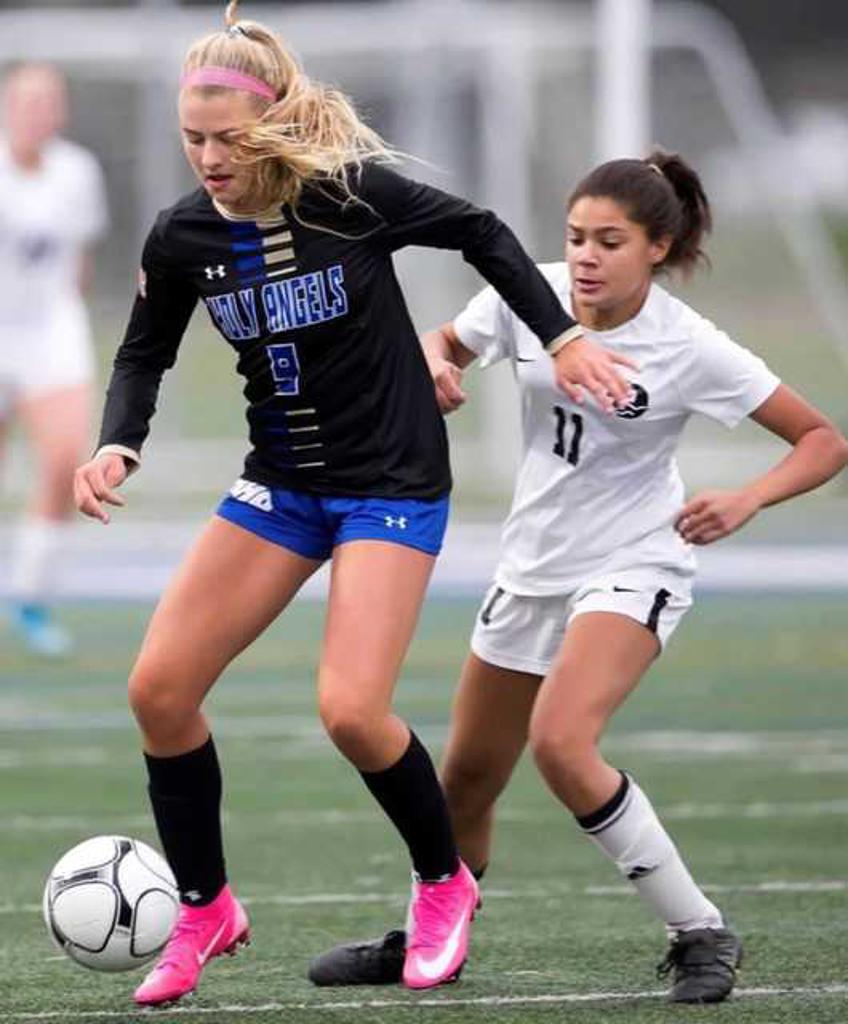 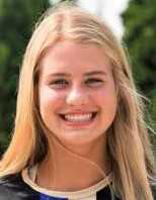 On Friday afternoon, after Holy Angels’ Class 1A, Section 3 semifinal had been rescheduled twice, Hoeppner, who plays center back, played all 80 minutes in a 3-0 shutout of Simley. The next day she did the same, helping the Stars to a 3-0 victory over archrival Visitation in the section championship game.

“We approached it like it was a state tournament,” Hoeppner said. “We knew it wasn’t that exact thing, but the whole season our motto was ‘Grateful to play.’ ”

The victories capped a dominant 2020 campaign in which the Stars finished 13-0 and outscored their opponents 72-1. “One goal vs. scoring 72 is pretty cool. And 13-0 is amazing,” she said.

What did she do between games? Hoeppner donned a Holy Angels football uniform and went 6-for-6 kicking extra points in the Stars’ 42-14 victory over DeLaSalle on Friday evening.

“I was very nervous before the first one,” said Hoeppner, making her football kicking debut. “But in practice I had been hitting them easy, and I wasn’t nervous after I made the first one.”

The opportunity came about after she was spotted kicking a football after practice.

“All my teammates were excited for me, my [soccer] coach was excited for me. The football players were super supportive,” Hoeppner said. “It was a really cool experience.” 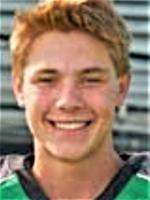 The 6-1, 190-pound senior quarterback passed the Dragons to a 62-14 victory over Holy Family. Alsleben completed 13 of 18 passes for 223 yards and threw five touchdowns passes, giving him 11 over his past two games.

A confirmed soccer nut, the senior scored the game’s only goal in a 1-0 victory over Hopkins in the Class 2A, Section 6 semifinals. Then she scored twice as the Trojans ran away from Minneapolis Southwest 6-0 in the championship game.

The junior midfielder showed off his goal-scoring touch in helping the Spartans to the Class 1A, Section 6 title. He scored single goals in each of the first two games, then scored a hat trick in the finals, a 4-0 victory over Waconia.

The Spartans jumped out to a 4-0 start on the steady play of the senior setter. She notched 68 set assists in two matches last week, including a whopping 50 in a five-set victory at Hill-Murray, their first at that gym since 2008.

The explosive senior tailback rushed for a season-high 250 yards and scored a pair of touchdowns as the Polars defeated Mound Westonka 47-14. In three games this fall, Kamara has rushed for 585 yards, averaging 11.4 per carry.

Veteran coach Rick Light, who has coached many champion divers, calls the Royals freshman the best. During the season, she posted the state’s best six-dive score (288.75) and won the Class 2A, Section 3 title with a score of 445.45 to finish the season undefeated.

Send an e-mail with supporting information to preps@startribune.com. Include a photo and a link to video of athlete in action (if possible)