Without a state swim meet, Minnetonka and Visitation likely best of class

The undefeated Skippers won their conference and had defeated frequent champion Edina in a dual meet, while seven-time Class 1A champ Visitation was loaded with talent again. 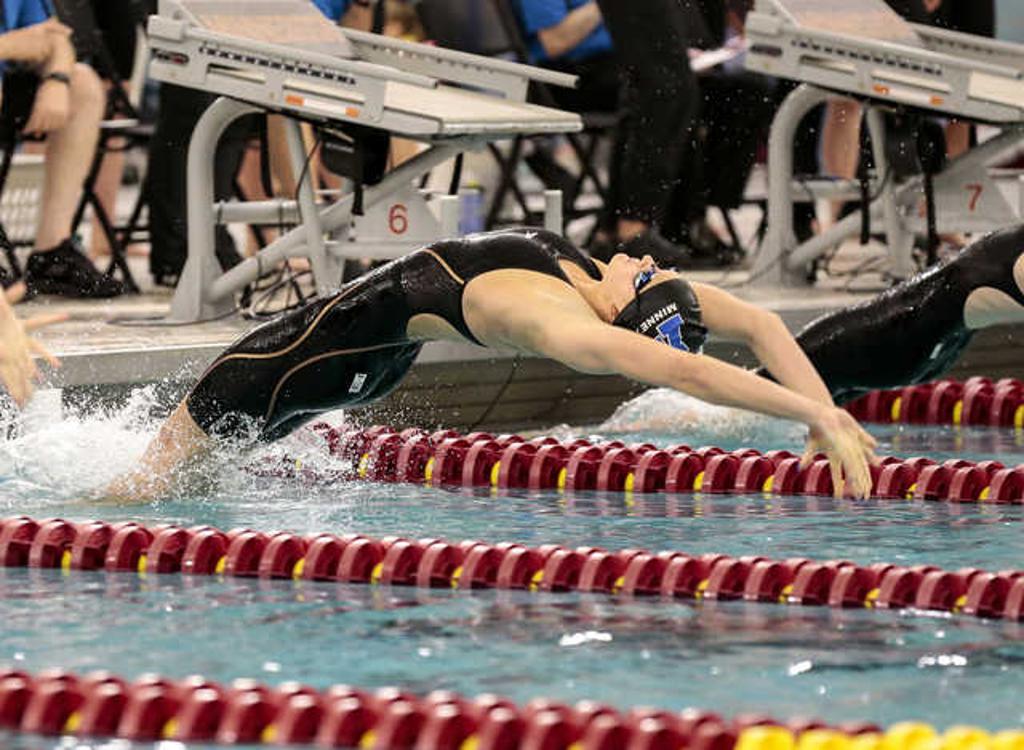 The Minnetonka girls’ swimming team thought this could be the year to return to prominence. The Skippers had not won the team title since back-to-back championships in in 1975 and 1976, their only two in program history.

The Skippers went as far as proposing to host the state tournament over a four-day period after the Minnesota State High School League, in action earlier this month, canceled the swimming state meet as part of curtailing all fall sports state tournaments due to COVID-19.

Teams from the Lake Conference, in which Minnetonka competes, had won the Class 2A team crown the previous 10 years — seven times by Edina, the other three by Wayzata.

So why the Skippers’ optimism? Minnetonka was the runner-up to Edina a year ago, falling 39 points short of being a top the podium.

First-year coach Craig Charlson’s squad has been led by Virginia recruit senior Abby Kapeller and junior Addie Diaz. They were instrumental is leading the Skippers of the Class 2A true team state championship last season.
Edina, which had won the previous four state titles, would have still posed a formidable threat to the Skippers despite two of its top swimmers opting out of the high school season to swim club.

The Hornets still packed star power in sophomore standout Katie McCarthy and plenty of depth. They claimed 10 of the 12 top spots in the Section 6 meet.

Had a Class 1A state meet been held, it’s likely that Visitation would have captured its eighth consecutive team championship, most probably topping Hutchinson once again. Benilde-St. Margaret’s senior Taylor Williams (Missouri) likely would have left with one last individual crown.