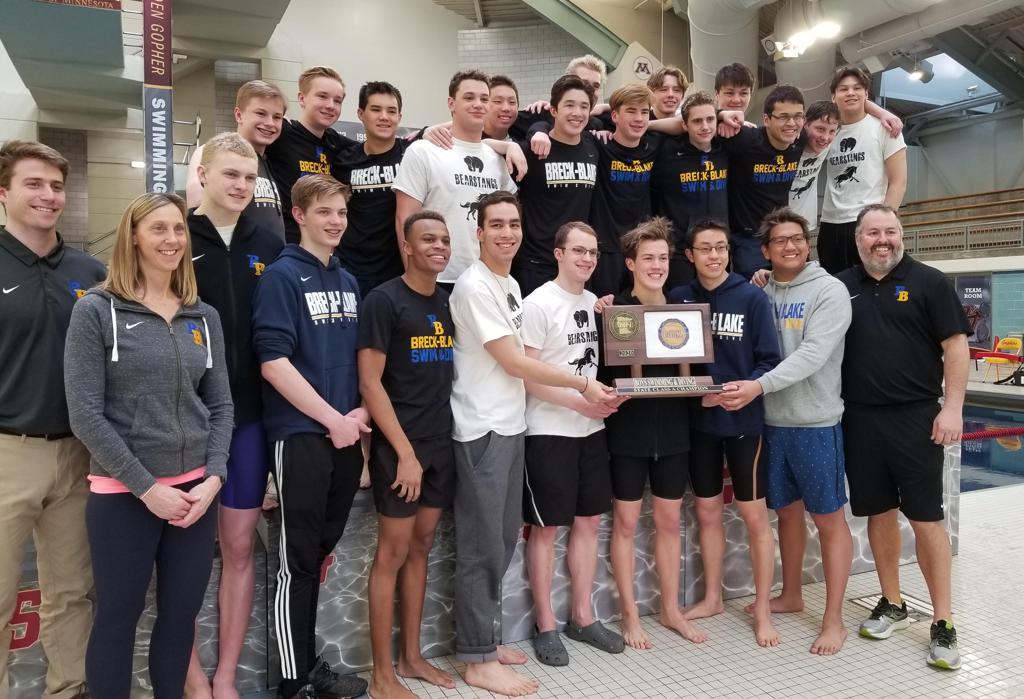 Three of the four Class 1A state records that fell on Saturday came from Winona swimmers.

The Winhawks had record-setting relays in the 200-yard and 400 freestyle events, plus senior Grant Wolner set a record in the 100 butterfly at the boys’ swimming and diving state meet at Jean K. Freeman Aquatic Center at the University of Minnesota.

Wolner defended his title in the butterfly with a record-setting 49.28. Having hit 50.02 in the preliminaries, he saw the 49.35 record in the program and put the number in the back of his head for the final race.

“I was pretty stoked,” Wolner said. “Just to get under by that little of a margin is huge.”

Besides, his coach has always told him he’s more of a finals swimmer. Wolner enjoys the atmosphere of the state meet, saying he likes “to get jacked up” and excited.

Wolner also swam on the winning relays, along with senior teammates Alex Jorgenson, Tanner Lozenski and Jack Herczeg, and finished third in the 200 individual medley (1:50.81).

“At least I was consistent,” Herczeg said. “That’s the big thing. If you can be consistently fast, that’s huge. I’m just glad to stay under 45 for the second time ever.”

Breck/Blake led from start to finish with points in all but one event to secure a fourth consecutive Class 1A team title. Breck/Blake finished with 342 points ahead of St. Thomas Academy (232) in second and Sartell-St. Stephen (218) in third place.

“At the beginning of the season, we never stress outcome,” Breck/Blake co-head coach Michelle Carlson said. “We always tell them to focus on the process.”

Chisago Lakes Area sophomore Storm Opdahl led after preliminaries and went on to win the Class 1A diving title with a 470.15 score.

Last year when Andrew Karpenko of Minnehaha Academy swam to two records in the preliminaries and two in the finals for a pair of individual state championships, he said it was the best meet of his life.

So, where does Saturday’s performance rank?

“This was another phenomenal meet for me,” Karpenko said. “This one is just icing on the cake for the whole four years. It’s hard to put into words just how satisfied and happy I am with how the season ended up.”

The senior broke his own record from the preliminaries in the 100 breaststroke, defending his title with a new Class 1A record time of 54.22, just under the 54.26 from the day before. He also won the 200 individual medley for the third consecutive year (1:48.92).