Jack Herczeg leaves his mark in the 100 freestyle. 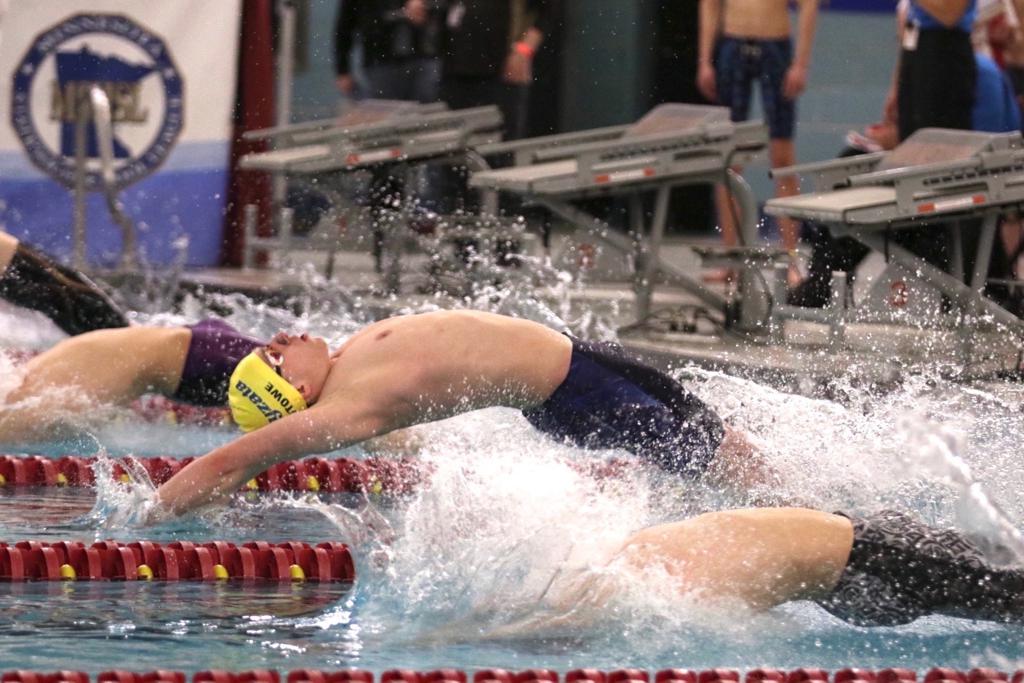 Winona senior Jack Herczeg is closing out his high school swimming career at the boys’ swimming and diving state meet this weekend.

After winning three individual events and swimming on two winning relays in the last two Class 1A state meets, and having already signed a Division I letter of intent, Herczeg could have approached the meet satisfied with those accomplishments.

“I think he’s wanted it more this season,” Winona coach Chris Mayer said. “He’s been driven this year. After each meet, he’s asked for information on how he’s doing. He is so dedicated. I’m so glad to have him.”

Herczeg agreed that he has been motivated this season.

“No doubt,” he said. “Going to a team like Ohio State, I knew I couldn’t just replicate my times from last year and help them. I need to be faster than last year. That’s what’s pushed me.”

The Winhawks have finished in the top three at the past two state meets. The Winhawks advanced seven individuals and two relay teams to Saturday’s finals.

“[Saturday] is my last day of high school swimming,” Herczeg said. “I’m just going to go out and have fun. I have the best teammates in the state in the pool, and they are the greatest bunch of guys out of the pool.”

Winona senior Grant Wolner, the defending champion in the 100 butterfly, had the top time (50.02 seconds) in Friday’s preliminaries. He also had the third-best time in the 200 individual medley and swam a leg on both the 200 and 400 freestyle relays.

“I’m really happy with how the whole season has gone,” Karpenko said. “And, I wanted nothing more than to end the season on a good note. I’ve got some work to do, but I’m looking forward to tomorrow.”

Breck/Blake, which has won three consecutive Class 1A titles, qualified 13 individuals and all three relay teams for Saturday’s finals.

Zheng sets pace in 2A

Stillwater’s Josiah Fick, the defending diving champion in Class 2A, had the top score in the 2A preliminaries Thursday: He had a 319.90. Edina’s Max Deters is second with a score 281.05.

In the Class 1A preliminaries, Chisholm sophomore Storm Opdahl had the top score with a 331.3. Simley’s Garrett Kaiser is second with a score of 314.05.