From burned out to burning it up, Mounds View swimmer rejuvenated for state meet

Senior Will Quackenbush will compete in two individual events and two relays,a year after shifting to shorter events. 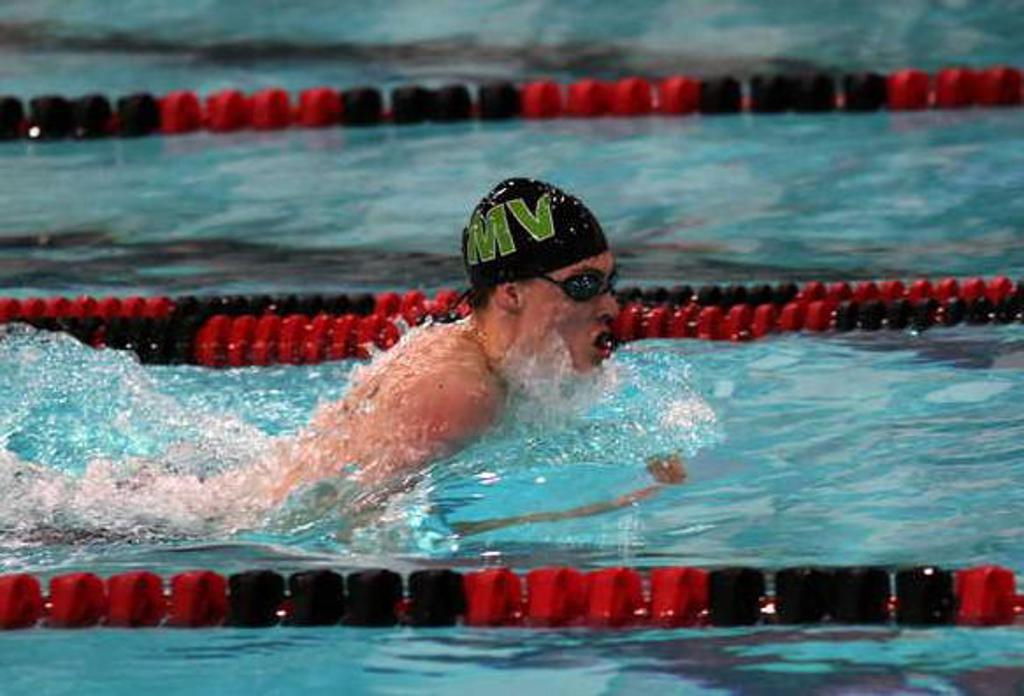 Mounds View swimmer Will Quackenbush will compete in two individual events and two relays for the Mustangs at the boys' swimming state meet. Submitted photo

Last spring, after earning medals in two events at the state swimming and diving meet for the second consecutive year, Will Quackenbush thought he might be done with swimming.

“Honestly, I was burned out and tired,” said Quackenbush, a senior at Mounds View. “I had been swimming the 200 and 500 freestyles since fifth grade, my entire swimming career.”

Quackenbush, who has been on the Mustangs’ varsity since eighth grade, made a change.

The switch of events has rejuvenated Quackenbush.

At this year’s state meet, Quackenbush will compete in four events — 50 freestyle, 100 breast stroke, 200 medley relay and 200 freestyle relay. At the Class 2A, Section 4 meet last Saturday, he won both individual events — winning the 100 breaststroke in a section meet record time of 57.27 seconds — and the Mustangs won both relay events.

“Will expressed interest in swimming other events than just the 200 and 500 freestyle this year, but it wasn’t an easy choice, per se,” Mounds View coach Chris Yauch said. “I think his own passion for swimming and devotion to making every moment of practice count were what ultimately led him to his successes already, and I expect that he will again perform well at the upcoming state meet. His consistent hard work shows in his times and how much time he’s dropped since resting for the end of the season.”

Yauch credits Quackenbush and teammate Isaac Pan, who has also been on the varsity since eighth grade, for leading the team.

“The impact that Isaac and Will have had on our program is immense,” Yauch said. “The times and places they achieve are just the most visible way they have inspired this team. They have always led the way in showing the team how true champions conduct themselves.

“Will is the most vocal athlete at practice for telling boys if they’re not living up to team expectations including sportsmanlike behavior. Without prompting, Isaac has taken the team under his wing, in the sense that he often gives more inspiring advice than I can come up with. What the two of them give to the team, as well as the rest of our seniors, is absolutely invaluable.”

Quackenbush is grateful for role models he had when he was a young swimmer.