She picked Minnesota over five other top schools. 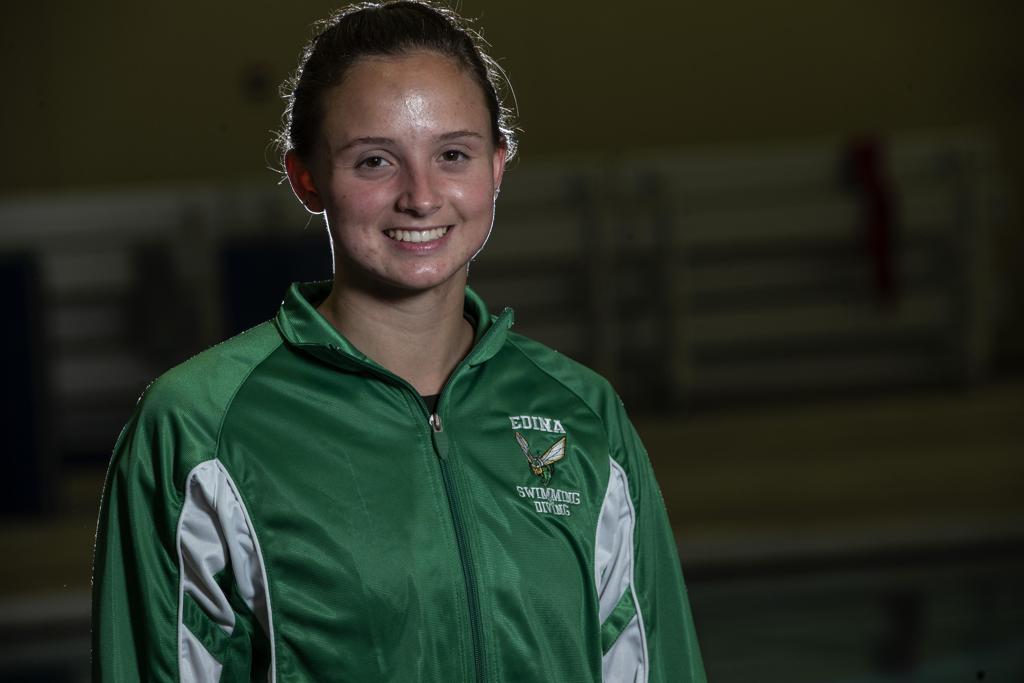 The past month has been a whirlwind for Edina diver Megan Phillip. The senior visited four prestigious Division I women’s programs on consecutive weekends during that time.

When the time came to make her college selection, the state’s best diver decided to stay home. She selected the Gophers over the likes of Auburn, Kentucky, LSU, Ohio State and Texas.

Phillip, who hopes to become only the second diver in Minnesota history to win four state titles, will join her brother, Ryan, with the Gophers. He is a sophomore diver on the men’s team.

“I’m excited to be diving with my brother,” she said. “I’m very close with Ryan, and we’ll push each other to get better.”

“It was a struggle,” Phillip said. “I was always having to catch up with schoolwork and everything when I returned home.”

Last season Phillip turned in a record-setting performance of 517 points to win her third consecutive Class 2A title despite competing in the state meet with a broken right ankle. It was also Edina’s third consecutive team championship.

“My goal is to win state (individually and as a team) again,” Phillip said. “Then I will be able to finish my career here, at a great school educationally and athletically.”

Here is a look at the Phillip diving family.