The Hornets are seeking their fourth consecutive title in Class 2A while Visitation is after No. 7 in a row. 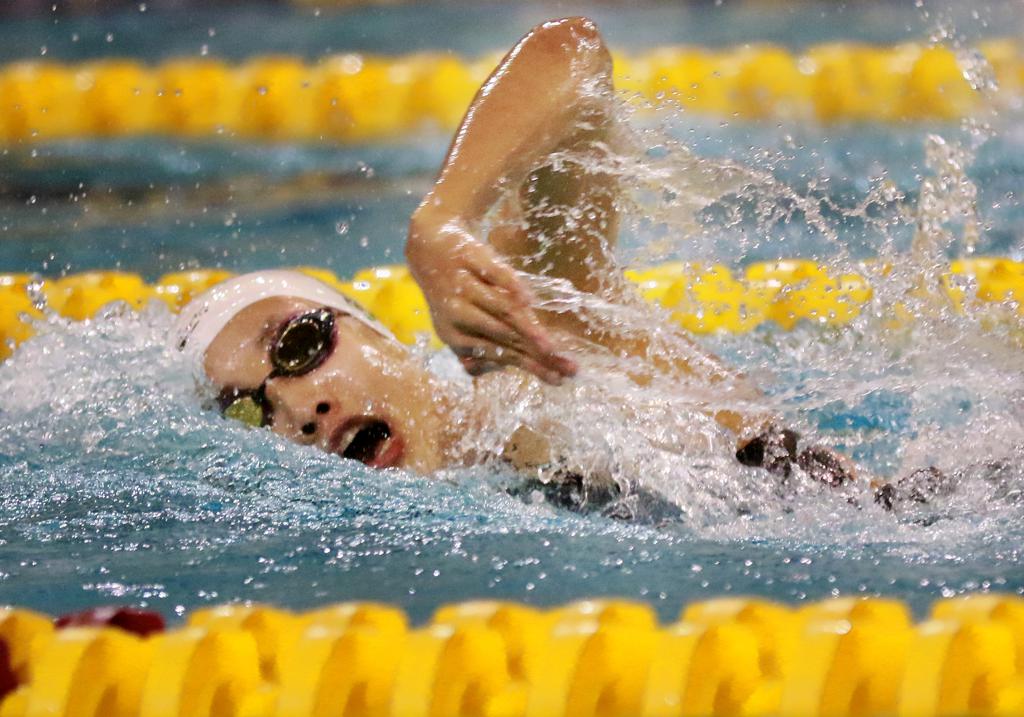 Edina’s Claudia Chang swam to first place in the 200 yard free at the 2018 girls’ swimming state meet. She is one of the swimmers to watch this season. Photo: DAVID JOLES • david.joles@startribune.com

Expect the Lake Conference, which has owned the Class 2A girls’ swimming state meet, to do the same this fall.

Schools from the conference have claimed the top two spots in the past nine state meets, and the top three positions in the last seven.

Defending champion Edina has its sight set on a fourth consecutive title. The Hornets have all their first-place finishers (six events) from a year ago returning this season. They are senior Megan Phillip (diving), juniors Claudia Chang (200- and 500-yard freestyle) and Lily Gremmels (50 freestyle) along with all four members of their victorious 200 and 400 freestyle relay teams.

Minnetonka, the runner-up last year, has the makings of unseating the Hornets with the additions of senior Johanna Jorgenson, who transferred into the district from Michigan, and junior Abigail Kapeller, who returns to the Skippers after swimming with the Aquajets club program last season.

“We have our nucleus back to go along with the additions of Abby and Johanna,” Skippers coach Dan Berve said. “They give us two more weapons to add into the mix.”

Minnetonka last won the state crown in 1976. The Skippers appeared to have halted their drought in 2012, but all three relay teams were disqualified for an illegal entry and gave the title to Edina.

“I think we can compete with anybody this year,” Berve said.

Two-team race in 1A

Hutchinson finds itself in a similar predicament as Minnetonka. It has been the runner-up to Visitation each of the past two years in the Class 1A state meet.

Coach Rory Fairbanks’ team has 18 swimmers who qualified for the state meet a year ago. Visitation, seeking its seventh consecutive championship, also brings back plenty of depth.

Hutchinson is led by sophomore sensation Grace Hanson. She is the defending state champion in the 50 freestyle, runner-up in the 100 freestyle and was a member of the championship 200 and 400 freestyle relay teams. Hanson has also qualified for the 2020 U.S. Olympic team trials.

Classmate Hailey Farrell is the defending state champion in the 500 freestyle. She also took third in the 200 freestyle and was a member of the 400 freestyle relay group.

Veteran senior Lexi Kucera is also back. She anchored both of those relay teams, and was the runner-up in the 200 freestyle and finished third in the 100 freestyle.

The state’s top two swimmers — Regan Smith of Lakeville North and Isabelle Stadden of Blaine — enter their senior year of high school. They just won’t be competing at the prep level.

Smith and Stadden, two of the best backstrokers in the nation, are members of USA Swimming’s national roster. Both could wind up competing in the 2020 Olympics in Japan.

Smith recently set two world records in the 100- and 200-meter events at the world championships in Korea. Stadden continues to improve her times and came away with the silver medal in the 200 in the Pan American Games.

The two will continue to compete against each other in college. Smith is headed to Stanford while Stadden is bound for California, both members of the Pac-12 Conference.

“It has been my dream to swim and study at Stanford since I was 10 years old,” Smith tweeted about her decision.